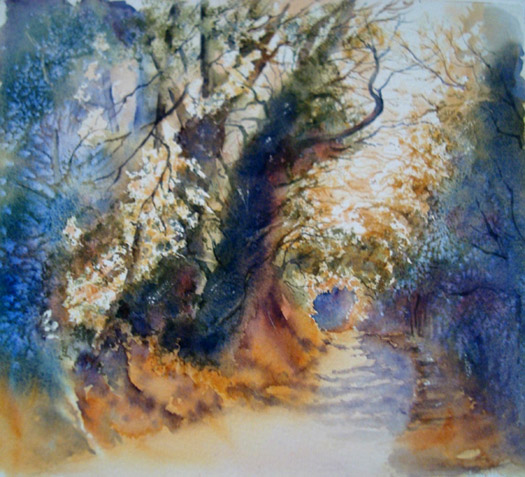 Veronica Pryke has been painting for 30 years - watercolour being her favourite medium. She enjoys painting local scenes, especially with a slightly different aspect. Her main love is marine art, especially old barges (on plenty of mud) in Suffolk.

Veronica was Chairman of the Arts and Craft Society during the 1980's, and has been President since 2006.

In 2004 she was Finalist in the Daily Mail 'Not the Turner Prize'. In 2005 she was chosen 'Lowry of the Fens' Fenscape Spalding. In 2005 she won the Open Arts Award for Depicting Life in The Fens, and in 2009 the South Holland Open Arts Residents Award. She entered three pictures in pen and wash depicting Spalding from the Market Place, one of which is shown below. 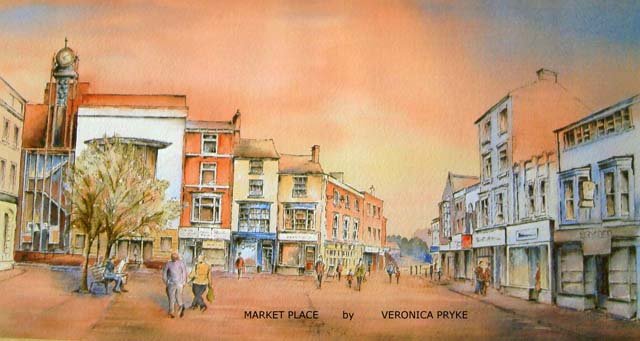